Child Custody in Georgia: What You Need to Know to Protect Your Children During Divorce 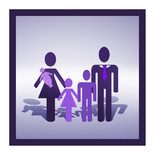 Child custody disputes can be highly subjective as the court tries to determine what is in best interests of the child. To secure your rights as a parent and ensure the parenting plan and custody order is in your child’s best interests, you will have to present a solid case with convincing evidence. That is where having a child custody attorney in Gwinnett County like David Ward can be so important.

The Ward Law Firm’s philosophy for cases like this is simple: children are not bargaining chips in a divorce. They deserve better than to be treated as pawns. We use every legal means at our disposal to help you protect them.

There are two forms of child custody in Georgia:

Custody can be either sole or joint. Sole custody awards the rights mentioned above to just one parent (though the noncustodial parent may still have visitation rights), while joint custody grants those rights to both parents.

The court prefers to award joint custody, though there are circumstances when one parent is unfit to handle either legal or physical custody responsibilities. For example, the court may consider a parent unfit if he or she has a history of alcohol or drug use.

Who decides who gets custody?

Parents may attempt to work out a parenting plan that works for the family, which the judge must approve. But if they cannot agree, then the court may have to make the decisions for the parents.

Children ages 14 or older can request the parent with whom he or she wishes to live. But if the court deems that parent unfit, it can override that decision. The court may consider the wishes of children under 14, but will make its own ruling based on the child’s best interests.

Georgia also recognizes grandparents’ rights to visitation. Grandparents may join an existing visitation case, or may file their own if none exists.

Can I modify a custody order?

Yes, custody modification is possible; however, it is usually only modified if there is a significant change in the family’s circumstances. Custody can only be modified by court order, so avoid any verbal agreements with the other parents that are not backed up by court order.

Matters relating to child custody—creating a parenting plan and determining custody, modifying a parenting plan, requesting a relocation—can be very complex. You must follow legal procedure under Georgia law and present a solid case that demonstrates what is in the child’s best interests.

David J. Ward brings his years of experience and children-first philosophy to help you create a parenting plan in the child’s best interest while also exercising your rights as a parent. Contact the Ward Law Firm at 770-383-1973 to schedule your REAL Case Analysis with a child custody attorney Gwinnett County.