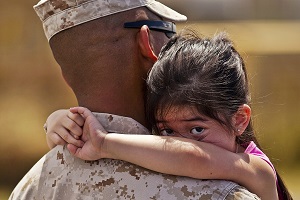 If you are filing for a military divorce, the state in which the petitioner files influences many aspects of the final decree—but military law also plays an important role. Because of the complexities of these laws, it is an asset to have a military divorce lawyer in Gwinnett County on your side.

Divorce is already difficult, but a military divorce can become more complicated with the addition of military laws.

These protections are not automatic, and the servicemember must apply to exercise them.

Is alimony or child support different in a military divorce?

How does child custody work in a military divorce?

Child custody and visitation is more complicated in a military divorce because the military spouse may be away on active duty, so a typical custody or visitation agreement may not work. The couple should attempt to work out the details in the parenting plan, or the court will make decisions that are in the child’s best interests.

Further, the court may issue a temporary custody order despite the servicemember requesting a delay in the case under the SCRA. The court may do so because it deems it in the child’s best interests to provide stability in his or her living situation.

How does property division work in a military divorce?

The division of military pensions and other benefits in addition to personal property can be complicated in a divorce. The division of these benefits is influenced by the Uniformed Services Former Spouses’ Protection Act (USFSPA) and can involve:

Make sure you carefully consider all assets that you and your spouse have together. You should also identify the assets that you owned prior to the marriage. David Ward can help you compile a complete list of all of your marital and separate property.

Why do I need a military divorce lawyer in Gwinnett County?

Many of the above issues can become more complicated than in civilian divorces. A family law attorney who understands the many unique characteristics of a military divorce can be a favorable asset to either spouse. Get help from a military divorce lawyer in Gwinnett County at the Ward Law Firm. Call us or contact us online to request your REAL case analysis to discuss your case and all of the unique aspects of military divorces.
Sign Up for Our Newsletter