Know the Laws that Govern a Georgia Divorce 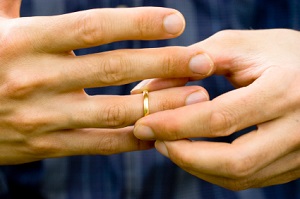 The petitioner files with the Superior Court in their county of legal residence, where a judge or jury will adjudicate all pleadings, hearings, and actions, after which the judge will issue a final decree.

Georgia is a “no-fault” divorce state, meaning that to file for divorce, one party simply must state that the marriage is “irretrievably broken”; however, Georgia divorce laws do provide 12 fault-based grounds for divorce.

Petitioners sometimes use fault grounds for advantage in contested divorce matters, such as custody or alimony. For example, in Georgia, if a spouse is unfaithful, that spouse cannot collect alimony if that is determined to be the reason for the dissolution of the marriage.

A judge will always determine child custody and visitation based on the best interests of the child. The court will always go into proceedings assuming that it would be within the child’s best interests to have a custodial relationship with both parents; however in situations of physical or drug abuse, the court will often decide against joint custody.

Because Georgia is an equitable distribution state, spouses must divide all marital property fairly. That doesn’t necessarily mean equally.

Non-marital property (usually acquired before marriage) through inheritance or a gift from a third party is generally exempt, though, a spouse may need to provide proof to confirm such property. There may be exceptions to this rule that you should discuss with a property division attorney.

A spouse may seek temporary or permanent alimony, or spousal support but law does not require a judge to award it. As stated above, a spouse cannot receive alimony if the other spouse can prove adultery or desertion was the cause of the dissolution of the marriage. When awarding alimony, the court bases its decision on the conduct of each spouse toward the other and ends if the recipient remarries.

In regards to child support, the actions of the parent do not affect child support. Generally, a parent must pay child support until the child reaches 18 or graduates high school, whichever occurs last. It may also terminate if the minor child marries, becomes emancipated, or dies.

Spouses can request a modification for both spousal and child support orders.

Note: Different rules and laws govern military alimony, so be sure you are aware of any differences that may affect your case.

What Else Can Affect My Divorce?

Annulments, paternity, prenuptial agreements, and marital separation can also affect your divorce. The divorce attorneys at the Ward Law Firm in Lawrenceville are well versed in Georgia divorce law and can give you an honest and objective assessment of your situation. Call us at 770-383-1973 or fill out our online contact form to set up your REAL Case Analysis.