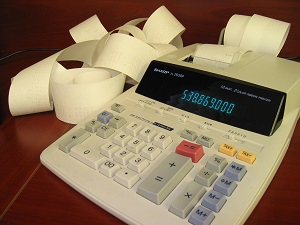 A military pension is awarded to a service member who serves at least 20 years in the United States Military or has earned enough “points” serving in the National Guard or Reserves. The USFSPA allows state courts to treat these pensions as marital property and, therefore, makes them divisible during a military divorce.

To qualify for a share of your spouse’s military pension, you must meet eligibility rules. The basic rule is that your marriage must have lasted at least 10 years. However, there are exceptions to this rule, and the division of the pension may be negotiable based on:

Steps to Dividing a Military Pension

In a typical military pension division where you were married for 10 or more years, the civilian spouse may receive up to half of the pension benefit. Service members may negotiate this amount and many do so by offering other assets in place of their pension benefits.

If you were not married for more than 10 years, you might still qualify for a portion of the retirement pay, especially if your marriage lasted for at least half of the service member’s current time served. Additionally, you may qualify for more than half of the pension if the divorce court deems it so. If either of these applies, the service member must pay you directly. This is because the Defense Finance and Accounting Service, responsible for paying out the pension benefits, will not pay more than half to an ex-spouse or to a spouse who was married to the beneficiary for less than 10 years.

The Importance of Valuing a Military Pension

Valuing a military pension during divorce in Gwinnett County is easy if your spouse is already retired and has begun collecting his or her pension. However, in many military divorces, the service member is still actively serving and, therefore, his pension value is subject to change or may never even come to fruition if he fails to meet the 20-year service requirements.

Before you consider how you and your soon-to-be-former spouse will divide the pension, you need to seek professional advice on the value of the pension. Professionals sometimes advise the civilian spouse to take a lump sum buyout rather than waiting to see if the pension will ever come to fruition. This is done when there is a high risk of the military spouse suffering a fatal injury in the line of duty. Other times, professionals will advise civilian spouses to accept a lump sum because their military spouse’s eligibility for pension is in jeopardy.

If you are confident that your spouse will receive his military pension in the future, you will need to speak with an actuary, pension appraiser, or CPA to get an estimated value of the pension.

Military pensions are very unstable marital assets and can be difficult to assess, especially when your spouse is still actively serving. Make sure that your best interests are kept in mind as you negotiate the terms of your property division.

Military divorce attorney David Ward is here to help military and civilian couples secure their assets and complete their divorce with as few complications as possible. Call 770-383-1973 or fill out our contact form to schedule your REAL Case Analysis to discuss your rights.