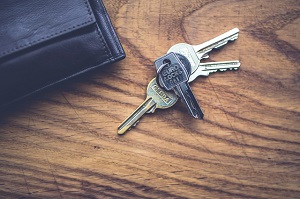 If the marital home, car, or business is in one spouse’s name, does that mean he or she gets to keep it? Property in one name during divorce in Gwinnett County is not one spouse’s to keep free and clear. Georgia is an equitable distribution state, which means that all property, even in one name, acquired during the marriage is subject to division during a divorce. Any property that’s considered separate (assets you had prior to marriage or that were given to you as a personal gift or inheritance) will be safe from division and yours to keep.

Which spouse the property is technically titled to makes little difference. When dividing property during divorce proceedings, the questions is not, “Whose name is it in?” but rather, “Is the property considered marital or separate?”

Dividing Property in One Name During Divorce in Gwinnett County

When the court determines how to divvy up property in a divorce, it will first determine if the property is considered a martial or a separate asset.

Separate property. Any assets a party had prior to marriage, as well as inheritances and gifts given solely to one spouse, are considered separate. If a husband has a car titled in his name prior to marriage, for example, the car will be considered a separate asset. That is unless, of course, he later adds his wife to the title, in which case she will have some entitlement to it.

Marital property.  Marital or community property includes any assets either party acquired during marriage, earnings they made during the marriage and separate property that has been so commingled with marital property that it’s no longer distinguishable. Whose name the property is in is irrelevant. A couple may decide to put a second property they purchase using their earnings in only the wife’s name due credit reasons, for instance. Even though it’s in her name, the husband is still entitled to 50 percent of the interest.

Property Subject to Division during Divorce

Any asset you or your spouse own (or debt that you incur) that does not meet the definition of separate property will be on the chopping block during the divorce proceedings. This includes:

The courts will try to divide property in a way that’s fair, not necessarily equal. While the name on the title does not influence the court’s decisions during equitable distribution, there are a number of factors that will be considered, including:

REAL Case Analysis with a Divorce Attorney in Gwinnett County

If you have yet to retain a lawyer for your divorce, contact Ward Law Firm for a consultation. We can help you with each aspect of divorce, from initial filing to final decree. Having a staunch attorney on your side like Mr. Ward, who is skilled at both negotiation and litigation, can help eliminate many of the hiccups and hassles of divorce – and ensure you get the most favorable result possible.

Call the office in Gwinnett County at 770-383-1973 and schedule your no obligation REAL Case Analysis, or contact us online.