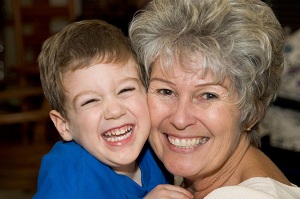 Many grandparents fear that they will lose access to their grandchildren if the parents divorce, especially if their child’s ex-spouse is the custodial parent. Grandparents’ visitation rights in Georgia do allow them to get visitation, but they must request it. They can do so by joining an existing case for visitation, custody, step-parent or blood relative adoption, or termination of parental rights.

If there is no existing case, they can file their own petition. But to do so, the child’s parents must be separated or divorced and they can only request visitation every two years.

What Does the Court Consider in a Case For Grandparents’ Visitation Rights?

In all decisions the court makes affecting a child, it first considers the best interests and well-being of the child. So if the court decides that granting the grandparents visitation rights would be in the child’s best interests, then it will grant them those rights.

Restrictions on Grandparents’ Visitation Rights in Georgia Once Awarded

A parent or legal guardian may petition for the removal of the grandparents’ visitation rights no more than once every two years. Just as the court will make its initial decision to grant or deny the grandparents visitation by considering the child’s best interests, it will also do so when considering whether to revoke or modify those rights.

For example, if the court finds that spending time with grandparents to satisfy the visitation order is interfering with school or is placing the child in a dangerous environment, then it may revoke or modify the order.

Can Grandparents Receive Custody of Grandchildren?

They will have to provide evidence that the parents are unfit to provide for the child or it would otherwise be a detriment to the child’s emotional or physical well-being to grant custody to the parents.

As mentioned already, the court always strives to act in the child’s best interests. So if you want to exercise grandparents’ visitation rights in Georgia, then you must make your case that granting you those rights would benefit the child and that denying you those rights could be a detriment to the child. You will need the right evidence and legal argument to establish this.

Attorney David Ward helps parents as well as grandparents in Gwinnett County who wish to pursue a visitation or custody order, or modify an existing one. Contact us at 770-383-1973.